13 Nothing in all creation is hidden from God. Everything is naked and exposed before his eyes, and he is the one to whom we are accountable.  ​ – Hebrews 4:13 NLT​

We are told in the first chapter of John that “the Word became human and dwelt among us”. That Word was and is Jesus Christ. He is still alive and active. He stands at the right hand of the Father and intercedes for us. His Holy Spirit searches our hearts and minds and knows our very thoughts. We can all “talk the talk” but only each of us and God know whether or not we are “walking the walk”.  He knows our thoughts and judges our intentions. We cannot fool Him, we cannot hide our thoughts from Him and we cannot physically hide from Him. He sees all, hears all, and knows all about us. And one day, “every knee shall bow and every tongue shall confess” that He is Lord. We can do it now and spend an eternity with Him or we can wait until judgment day and spend an eternity in hell. Jesus wants everyone to go to heaven, but He knows that not every one will choose to go. The choice is ours.

10 ​ But I, the Lord, search all hearts and examine secret motives.  I give all people their due rewards, according to what their actions deserve.” ​– Jeremiah 17:10 NLT​

“The Gospel has come to you because it’s on its way to someone else.” -Anonymous 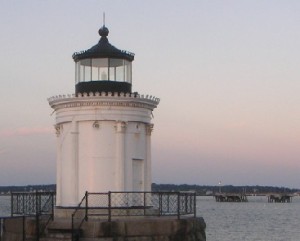 18 For if I rebuild what I have once​ ​destroyed, I prove myself to be a transgressor. 19 For through the Law I died to​ ​the Law, so that I might live to God. 20 I have been crucified with Christ; and it is no longer I who live, but Christ lives in me; and​ the life which I now live in the flesh I live by faith in the Son of God, who loved me and gave Himself up for me. 21 I do not nullify the grace of God, for if righteousness comes through the Law, then Christ died needlessly.”—Gal. 2:18-21 (NASB)
​Paul continues​ his case against the law. There were three items in the Ark of the Covenant:
4 having a golden altar of incense and the ark of the covenant covered on all sides with gold, in which was a golden jar holding the manna, and Aaron’s rod which budded, and the tables of the covenant; 5 and above it were the cherubim of glory overshadowing the mercy seat;–Hebrews 9:4,5 (NASB)
​Each of these items represented the rebellion of man against God. The manna reminds us that men had rejected God’s provision, men wanted more. Aaron’s rod reminds us that man had rejected God’s authority and the Tablets of the Ten Commandments remind us that men had rejected God’s standard of living, His Law. All of these were hidden under the mercy seat of the Ark. That mercy seat was a shadow of the Cross where Jesus died and put all of our sins and rebellion under His mercy and grace. Paul is saying that if we resurrect the law then we become transgressors. Jesus died to fulfill the law and put us under grace. If the law had been sufficient to redeem us then Jesus did die needlessly. But men have constantly rebelled against the law and against God. Man is incapable of obeying every part of the law, therefore we need a Savior. And, at just the right time, God sent His Son who died that we might be reconciled to Him.
2 For God says, “At just the right time, I heard you. On the day of salvation, I helped you.” Indeed, the “right time” is now. Today is the day of salvation.–2 Cor. 6:2 (NLT)
Under the law, man was separated from God, with no hope. But under grace, mercy and forgiveness is available to each of us. No matter what you have done or thought about doing, no matter where you are or where you have been, Jesus is standing at the door of your heart knocking, open up and let Him come in.
20 Behold, I stand at the door and knock; if anyone hears My voice and opens the door, I will come in to him and will dine with him, and he with Me–Rev. 3:20 (NASB)
Post 03-25-2015