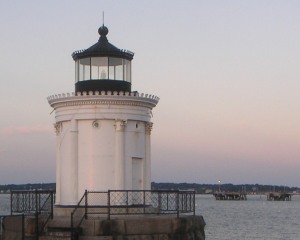 God is waiting to show you the way.

Romans 5:10,11 (NLT) 10 For since our friendship with God was restored by the death of his Son while we were still his enemies, we will certainly be saved through the life of his Son. 11 So now we can rejoice in our wonderful new relationship with God because our Lord Jesus Christ has made us friends of God.
There is only One Creator who would create a creature knowing that it would require His death to redeem that creation. What kind of Creator has that much love for His creation? God, and God alone, because He alone is complete, pure love. God, as the man Jesus did not die for some bogus religion of the world. He died to renew the relationship that He had with man in the Garden of Eden. We call that relationship, Christianity. There is no comparison of Christianity to any religion in the world. Christianity is eternal because it is based on Jesus Christ, who died and was resurrected for our sins. He knew from before the foundations of the earth that He would have to do that. Sin took away that relationship and introduced all kinds of false hopes, which the world calls “religions”. All those religions are named after and founded on the teachings of dead men. But, praise God, Christianity is named after and based on the teachings of a LIVING GOD and SAVIOR! One who longs to talk to You and show You His love in the tiniest details of Your Life.
If, up until now, you have only experienced “religion”, it is time for you to get into a “relationship” with the One and Only Living God and Savior, Jesus Christ. He is standing at your heart’s door and knocking. Open up to the most beautiful and meaningful relationship you will ever know.
Post for 9/16

2 thoughts on “Religion or Relationship?”